The memo arrived late to my desk: Sevilla is beautiful, the center a tangle of pedestrian streets trimmed in mosaic, interrupted by plazas shaded by ancient trees or the odd Moorish palace. But like anything pretty, it's suffocated under the gaze of it's admirers. The Zemos98 festival that invited me was exceptional: it's rare when festival organizers are radical AND well-funded. The following night I played in the Casa Invisible of M�laga, one of the finest squats you could imagine. Finer than that. It's a decrepit urban palace with it's own lush patio garden. Architecture aside, the ambitious projects they mount socially engaged projects with a detail for arts & aesthetics. Ironic since M�laga is the epicenter of the Costa del Sol, the world's worst example of mafia-style rightist policies that have bloomed a million concrete tourist bunkers, permanently destroying Spain's southern coast. Foto: host Carlos in the vestibule of la Casa Invisible. 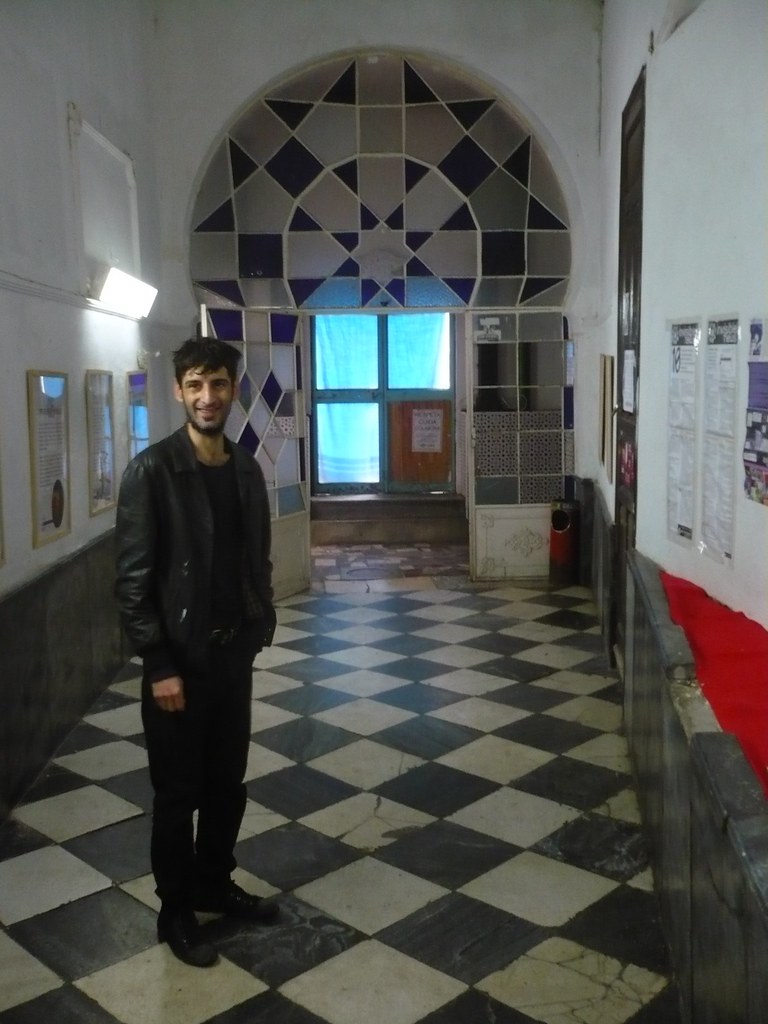 No visit to Andaluc�a is possible without a detour to visit cave-dwelling friends in Granada. People so superlative that we should wonder if leaving caves was really a smart move for humanity. Big perk: my host Carolina works at Eshavira, a tiny watering hole and humble venue for many local gitano musicians. Video: sunday nights performance, her name is Ana Cali. The journey ended with a stomach-churning road up to the Alpujarras. Some 300 tiny white-washed villages scattered through the arid Sierra mountains separating the plains from the Straight of Gibraltar. They were founded by fleeing muslims pushed out of Granada during the final sweep of the reconquista. Many of the pueblos didn't have road access until the last few years, which made them a useful hiding place for guerillas fighting the fascist armies of Franco. Nowadays they are full of the kind of people who are willing to trade many of the conveniences of modern life for a healthier ecosystem and lots of personal freedom. That'd be your usual collection of hippies, luddite rednecks, weed farmers, and foreign dropout artists. Foto: iron-rich stream, P�rtugos, Alpujarras. 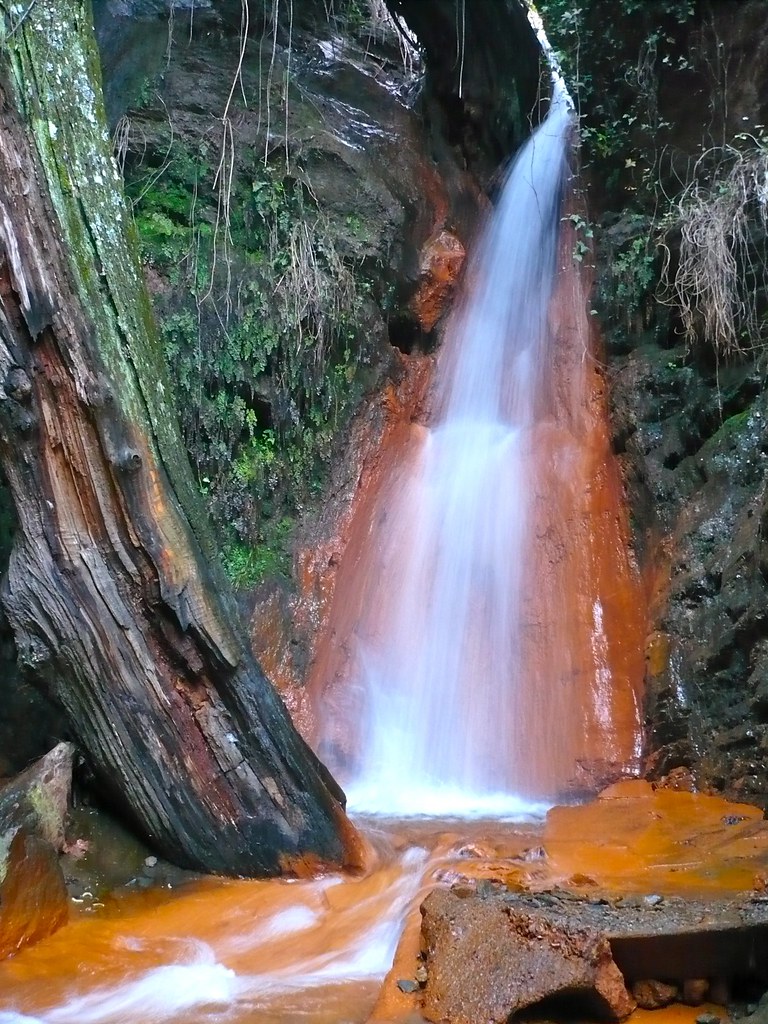