Look at a map of the world, now put your finger on the place about which you know absolutely nothing, a place you imagine to be perfectly empty of any significance. You are probably pointing at central Siberia.�At least in Mongolia you might imagine yurts and yaks, in the 'stans you imagine men with beards fighting in the mud, or for instance the vast interiors of Canada you imagine moose, tar sands, or eskimos. I'm currently in the place least popular in the euro-american imagination. What is here? Bigness. The scale of everything in Siberia confirms the theory that people, given nearly limitless space, will supersize everything. Restaurants are built to host at least a hundred souls, spoons are so large they barely fit in your mouth, roads wide, sidewalks sometimes even wider. Maybe humans build cultures in proportion to the sky- the more sky we see, the larger we fabricate an environment to rival it? Sky. Tyumen airport has as many helicopters as airplanes. North of here, in the oil fields,� it's impossible to build or maintain landing strips. Ditto for roads. It is the very definition of isolation,�all about bogs and forest, mostly birch mixed with thin coniferous trees. When not frozen solid it's a paradise for insects: ticks that carry lime disease, fat mosquitos with dangling legs, furious ants and many varieties of spiders. I imagine there were once bear, but between sport and the chinese gall-bladder market, you don't see any bear or other wild mammals. Sad to observe that, even here, humans have crowded out the rest of the species. There are semi-abandoned wooden villages an hour from the city. "Semi" because while we explored a derelict grain factory an angry man chased us us off. The houses in these villages are made of logs, over their lifetimes (hundreds of years) the log houses have developed a slant following the direction of prevailing winds, looking a little bit like those model houses featured in the famous nuclear blast tests, frozen in that brief moment before they totally disintegrate. 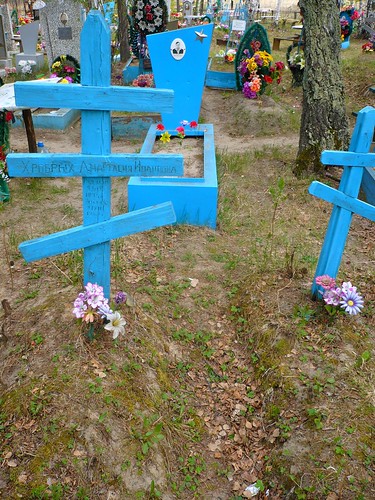 Cold place/Cold war. I kept my mouth shut when the angry old man arrived. He lived his whole life struggling to meet wheat quotas for the motherland, sent his sons to fight in cold war battles against the proxy armies of the Yankee imperialists. Later his country "loses" to the west, �embraces crony capitalism, and leaves him without any retirement or social security to live his old age like a feudal peasant. Then, adding insult to injury, some obnoxious american dj comes to this remote corner of the world to trespass in his grain silo. May 9 in Russia is the big national holiday, ostensibly WWII victory day, nowadays a general excuse to be proud to be Russian. There is much goose-stepping of soldiers and waving of� flags.�Even Stalin get's a comeback on this day. Despite his pact with Hitler, the gulags, and fast-tracking the USSR from revolutionary to authoritarian, people still fancy parading with his photo. 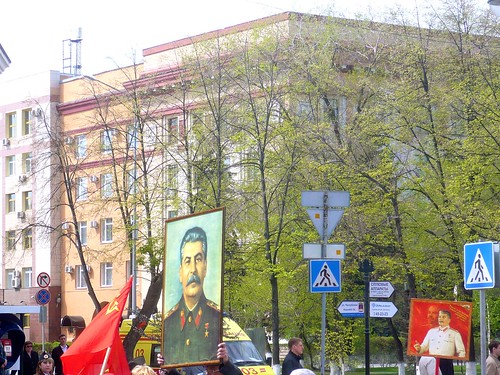 Gulags. The Long Walk is a worthwhile read, it rivals Shackleton's tale as the ultimate "indomitable will of humanity" story.� It concerns the escape of three prisoners from a Stalinist work camp as they walk across siberia, the gobi desert, and the himalayas to arrive in India. Thinking about their travel makes me feel sheepish sitting here on the Trans-Siberian train, a mere 40 hour journey to Moscow in a comfy compartment, with two stern women guarding the wagon, tea service, and a power outlet. As a mild form of punishment I do have to share this compartment with a boyish professional boxer who insists on showing me pixelated fotos on his mobile phone of every girl he's ever fucked, plus videos of them clubbing or hanging out on Thai beaches. You would think this could only last a few minutes, but in Siberia everything is so goddamn massive that the unwanted multimedia show has lasted most of the afternoon. More fotos here.